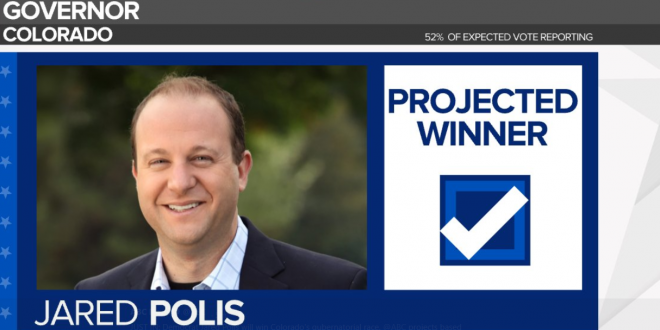 Jared Polis has won the Colorado governor’s race, becoming the first openly gay person to be elected governor in America.

Polis, a Democrat who has served in the House of Representatives since 2009, did not attempt to hide his sexual orientation on the campaign trail, and sometimes used it to emphasize the contrast between himself and President Donald Trump’s administration.

Former New Jersey Gov. Jim McGreevey, a Democrat, came out as gay while in office in 2004. And Oregon Gov. Kate Brown, also a Democrat, is openly bisexual, which made her the first openly LGBTQ person elected governor when she won in 2016.