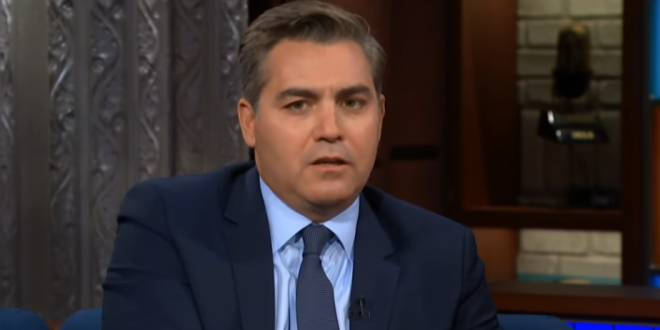 A federal judge on Friday directed the White House to restore the press credentials of Jim Acosta of CNN, a win for media advocates and news organizations in a major legal test of press rights under President Trump.

The revocation of Mr. Acosta’s press badge, which grants access to the White House grounds, came after a testy exchange with Mr. Trump during a news conference last week. But the episode grew into a legal showdown over journalists’ ability to report on a president who regularly denigrates their work as “fake news.”

The ruling, from Judge Timothy J. Kelly of Federal District Court in Washington, was viewed as a victory for journalism and a timely reminder of press freedoms that advocates say have recently come under threat.

Kelly, a Trump appointee, granted the network’s request for a temporary restraining order restoring Acosta’s White House press badge. In his decision, Judge Kelly said that under previous precedent set by a 1977 ruling, the White House “must provide due process if they are to revoke Mr. Acosta’s hard pass.”

Deputy Assistant Attorney General James Burnham, a lawyer for the administration, argued on Wednesday that Acosta had been disruptive, and the administration had a legal basis to vet reporters given press passes and bounce those they feel act disruptively.

Judge Kelly agreed with the plaintiffs that the White House did not give Acosta due process by simply having a Secret Service officer demand his hard pass without any prior notice or opportunity to respond. The lawsuit still continues, and it remains to be seen whether the final outcome of the case will be consistent with this ruling. In the meantime, however, Acosta will be able to continue reporting from inside the White House.

A judge ordered the WH to reinstate Acosta’s credentials “while the litigation goes forward. [He] will now set a schedule for briefing on CNN’s request for a more permanent ruling — a preliminary injunction — in the coming weeks.” https://t.co/x9aBl5q9hQ

The judge, Trump appointee Timothy J. Kelly, said that Jim Acosta was not afforded due process when his pass was revoked, a process he described as “shrouded in mystery” https://t.co/ymBaCbNfeM

Statement from CNN and @Acosta on today’s ruling: “We are gratified with this result and we look forward to a full resolution in the coming days. Our sincere thanks to all who have supported not just CNN, but a free, strong and independent American press.”

“Let’s go back to work,” says a clearly delighted @Acosta, after federal judge rules the WH should return his press pass, having revoked it without sufficient due process. pic.twitter.com/Gomx7N3Vt5

This is NOT a ruling on the underlying case and whether WH can revoke anyone’s press pass at will. This ruling about the WH not providing Acosta with the due process required to legally revoke his press pass. https://t.co/VnpD3K8TNL