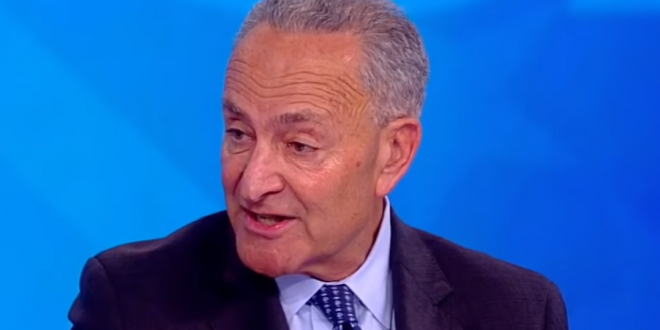 In his letter, Schumer cited news reports of Whitaker’s close relationship with President Donald Trump during his previous role as chief of staff to former Attorney General Jeff Sessions.

“I am particularly concerned about whether Mr. Whitaker may have shared with the White House, or could share in his new role, confidential grand jury or investigative information from the Special Counsel investigation or any criminal investigation,” Schumer wrote in a letter to Department of Justice Inspector General Michael Horowitz.

Schumer also wants Horowitz to investigate whether Whitaker “provided any assurance to the President, White House officials, or others regarding steps he or others may take with regard to the Special Counsel investigation, including any intention to interfere, obstruct, or refuse authorization of subpoenas or other investigative steps.”

Congressional Democrats have been concerned that Whitaker, who has supported the president’s unbridled criticism of Mueller’s probe, may have been named as Sessions’s successor to oversee its undoing. Many have called for Whitaker to recuse himself, while some sued this week to challenge his appointment as unlawful.

Previous Arctic Blast Forecast Imperils Macy’s Parade Balloons
Next Walmart To GOP Senator: Give Us Back Our Money