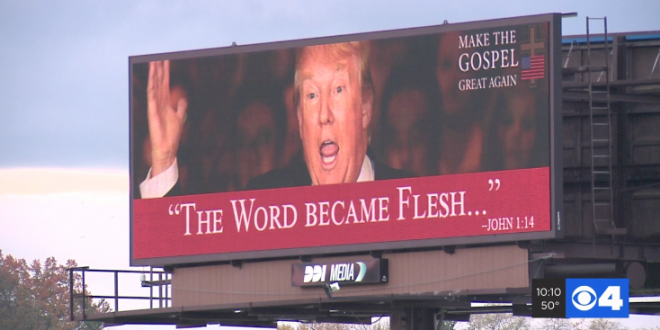 MGGA exists to help spread the truth of God’s great champion on earth – President Donald Trump. The Lord anointed Mr. Trump to bless America, and we live out our faith by following him. Donald Trump has already won many victories for Jesus by stopping abortions, telling the truth, proving that the real racists are not white, and fighting against the liberal media and their War on Christians!

MGGA will work tirelessly to remind Christians to be loyal to President Trump and trust him in all circumstances. As Proverbs 3:5 reminds us, “Trust him with all your heart and lean not on your own understanding.” You are not alone! Thousands of leading pastors have put their faith in our president – Jerry Falwell Jr, James Dobson, Franklin Graham, Robert Jeffress, and many others.

We prayed that the facebook page would be a community for fellow Christians to be encouraged at what God is doing in the world and to find out how they could, like our president, be a part of being God’s presence in making America great. But the hateful comments and mean spiritedness from liberals and atheists drowned out the voices of Christians in this country. These reflect the level of unfair deranged media attacks on the President in general and his supporters.

Our billboard IS NOT equating Jesus with President Donald Trump. Salvation comes only from a personal relationship with Jesus Christ, not any man. But God does send his messengers to us, and just as King David liberated the faithful in his day, President Trump is doing this today through his protection of the unborn, defense of our land against foreign invaders and standing up for Israel.

He surrounds himself with champions for Christian Rights –Mike Pence, Neil Gorsuch, and Brett Kavanaugh. Compared to the disaster of a president we had in Obama, how is this not the “word become flesh” for Americans? As Christians we must not stand against God’s will despite the persecution we face for doing so.

And just below that is this. 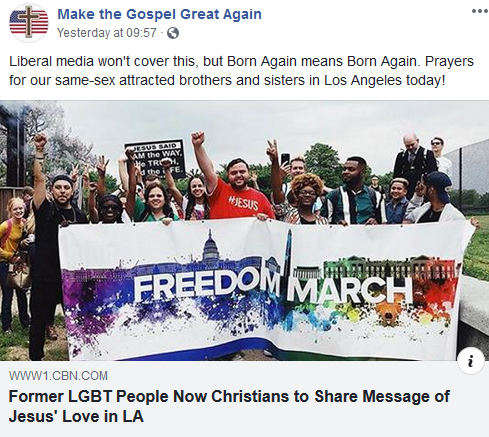