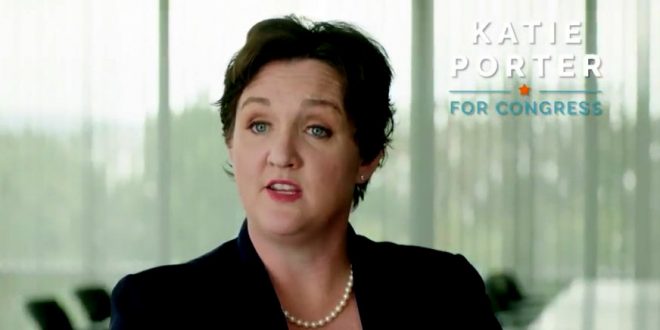 Democrats now have won five GOP seats in California, and Republicans are being threatened in another race that still is too close to call. Porter’s victory is a sign of changing times in Orange County, once known nationally as a GOP stronghold but now increasingly Democratic.

As a member of the California Assembly, Mimi Walters endorsed Prop 8 and voted against the ban on ex-gay torture. In the US House, she voted against protections for LGBT employees of federal contractors. And that’s just a start.

THURSDAY UPDATE: Thank you. I can't wait to get to work for Orange County and to stand with you 100% of the time! pic.twitter.com/T7kqcZz2sK

Flip alert: @katieporteroc just flipped one of the most competitive seats in the country blue! RT to congratulate Congresswoman-elect Porter on her win. 🙌 pic.twitter.com/MzOavMRU8l