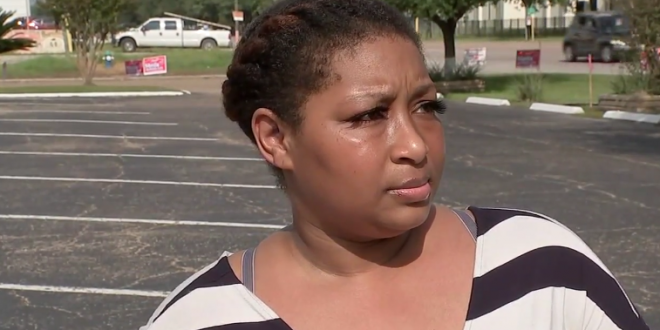 Rolanda Anthony went to vote at her polling location before 8 a.m. at Iglesia Bautista Libre in north Houston where a poll worker, Evelyn Tillman, told her there was an issue with her address in the system and she needed to fill out a residency verification form.

Anthony told her, “Ma’am, I’ve been living here for years. What are you talking about? The address is correct.” Barnes, who is white, then told Anthony, who is black, “Maybe if I’d worn my blackface makeup today you could comprehend what I’m saying to you.” Anthony informed the election judge she was going to call the police to report the incident because, “This is wrong.”

That’s when Barnes walked up to her and shoulder bumped her and said, “I’m white. Have you seen the news?” “If you call the police, they’re going to take you to jail and do something to you, because I’m white,” Barnes told her in front of several witnesses.

That’s only a bit of the story. Hit the link for more. Tillman is facing assault charges.