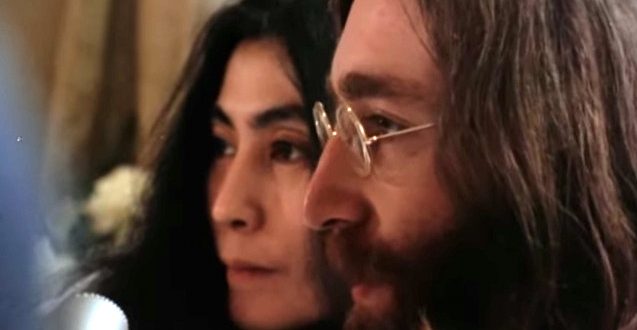 John Lennon’s Imagine – the third greatest song of all time, according to Rolling Stone magazine – has been given a reworking today for what would’ve been the former Beatle’s 78th birthday. So who better then to deliver this musical gift, other than the track’s co-writer Yoko Ono?

The Japanese artist, who married Lennon in 1969, was only officially recognised as co-writer last year. The re-Imagining is set to feature on Yoko’s politically-driven forthcoming album Warzone, which will arrive just a few weeks after last Friday’s reissue of her late hubby’s most celebrated solo album

In recent years Ono has reinvented herself as a dance artist with 13 remixes of her earlier work hitting #1 on Billboard’s dance chart since 2003, most recently in 2016 with a remix of 1985’s Hell In Paradise.

Ono’s first dance hit, the 1981 classic Walking On Thin Ice reached #1 with different dance mixes in both 2003 and 2013, but the original below remains my favorite of all her work.

The Guinness Book Of World Records lists Ono as the oldest artist ever to land a #1 dance hit.