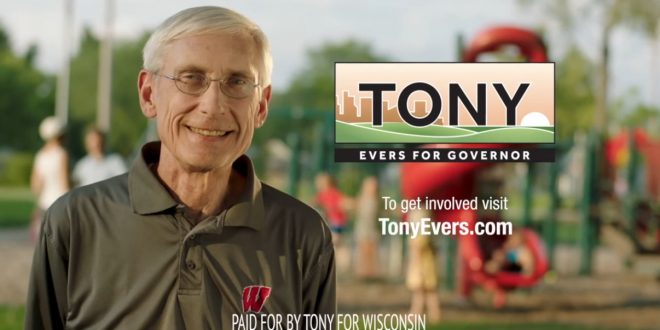 Republican Gov. Scott Walker of Wisconsin is behind by double digits in his re-election bid, while Democratic Sen. Tammy Baldwin is comfortably ahead in hers as a near majority of likely voters say they prefer Democrats to control Congress, according to a new NBC News/Marist poll of the state.

In Wisconsin’s race for governor, Democratic challenger Tony Evers gets support from 53 percent of likely voters in a head-to-head matchup, while Walker gets 43 percent. Among the larger pool of registered voters in the state, Evers’ lead is 9 points, 52 percent to 43 percent — down from his 13-point lead in July’s NBC/Marist poll.

Scott Walker is very special and will have another great win in November. He has done a fantastic job as Governor of Wisconsin and will always have my full support and Endorsement!

Previous Hillary Responds The Dotard’s Latest Lies: “Seriously, You Asked Russia To Hack Me On National Television”
Next Junior Accuses Dem Of Link To “Radical Islamists,” Dem Fires Back With Photo Of Himself With Junior’s Daddy