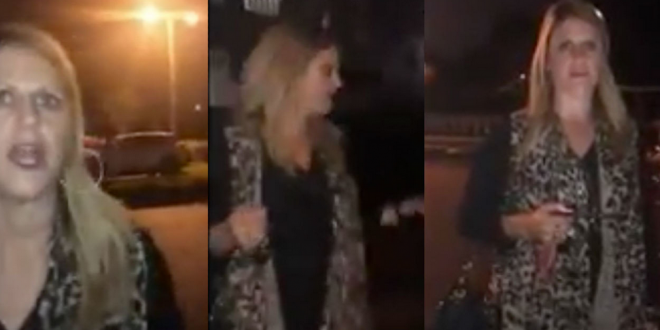 The woman who was filmed yelling at a black neighbor in south Charlotte has been fired from her job at Spectrum, the company confirmed Sunday. As the videos went viral, the woman was quickly identified online as Susan Westwood.

A screenshot from a LinkedIn page, which had apparently been deleted by Sunday afternoon, showed that she worked for Spectrum Enterprise in the Charlotte area.

“The incident recorded in Charlotte is a blatant violation of Charter’s code of conduct and clearly disregards the company’s commitment to inclusion and respectful behavior,” spokesperson Patrick Paterno wrote. “As such, Ms. Westwood’s employment with the company has been terminated, effective immediately.”

In a video one of the black women posted to Facebook on Friday, Westwood is seen walking up to the two women in an apartment complex parking lot and calling them “bitches” among other things. They tell Westwood to leave them alone, but she keeps asking if they live in the apartment complex.

“I’m hot, I’m beautiful, I’m white,” Westwood says in the video. “This is Myers Park, SouthPark. What are you doing here?” When one of the women calls 911, Westwood threatens to pull out a gun. “Do I need to bring out my concealed weapon too?”

The two women, Leisa and Mary Garris, are sisters, according to the Facebook post, and were reportedly waiting for AAA car service. One of the women alleged she was physically assaulted.

“What’s going on here in this parking lot that you feel that you need to congregate?” she says. Westwood then goes into a bizarre rant during which she repeatedly says she’s white and mocks her neighbors for recording her.

“I’m white and I make $125,000 a year and I want to make sure that you’re all up in here,” Westwood says. “Girl, girl, I got you, girl, I’m white, girl, I’m white!” Westwood is then seen walking away while screaming profanities at the women before returning for another round of vitriol.

“Bitch, I’m still gonna make $125,000 Monday morning,” Westwood says. “Who are you? Do you live here? Is your boyfriend here? Is your baby daddy here?” A cellphone listing for Westwood had been disconnected as of Monday afternoon.

Previous Homocon Drudge Blasts Fox Hosts For Giggling During Terror Report: “Check Your Soul In The Makeup Chair”
Next Assange: Ecuador Wants To Hand Me Over To The US