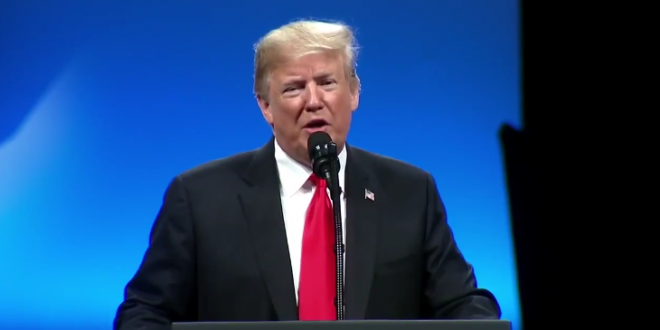 “We want to straighten it out, and straighten it out fast. There’s no reason for what’s going on there,” Trump told law enforcement officials at a convention for the International Association of Chiefs of Police.

Trump said he’s urging Chicago officials to “strongly consider stop-and-frisk.” “It works, and it was meant for problems like Chicago,” Trump said, garnering applause from the audience.

“There’s no reason for what’s going on there. I’ve told them to work with local authorities to try to change the terrible deal the city of Chicago entered into with ACLU, which ties law enforcement’s hands and to strongly consider stop and frisk. It works and it was meant for problems like Chicago. It was meant for it. Stop and frisk.”

“And Rudy Giuliani, when he was mayor of New York City, had a very strong program of stop and frisk, and it went from an unacceptably dangerous city to one of the safest city in the country and I think the safest big city in the country, so it works. Got to be properly applied, but stop and frisk works. The crime spree is a terrible blight on that city and we’ll do everything possible to get it done.”

President Trump on stop and frisk:

“It works and it was meant for problems like Chicago.” pic.twitter.com/OmLi7Z69yx