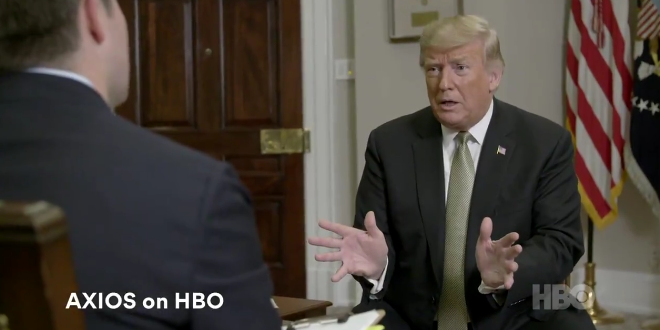 President Trump is planning to sign an executive order that would seek to end the right to U.S. citizenship for children of noncitizens born on U.S. soil, he said in a television interview taped on Monday.

The move, which many legal experts say runs afoul of the Constitution, would be the most aggressive yet by a president elected to office pledging to take a hard line on immigration, an issue he has revived in advance of next week’s midterm elections.

“We’re the only country in the world where a person comes in and has a baby, and the baby is essentially a citizen of the United States for 85 years with all of those benefits,” Trump said during an interview with Axios scheduled to air as part of a new HBO series starting this weekend. “It’s ridiculous. It’s ridiculous. And it has to end.”

Trump, throwing immigration stuff at the midterms wall, falsely claims that the US is “the only country in the world” that grants citizenship to everyone born on its soil. More than 30 countries do so. https://t.co/CgyWbRYNWe

Trump declares he can end birthright citizenship with an executive order: “It was always told to me that you needed a constitutional amendment. Guess what? You don’t.” pic.twitter.com/CAK07Kt11D

Previous Tony Perkins: The Only Remedy For Terrorism Is Prayer
Next Trump Complains That The Media Didn’t Blame Obama After Mass Shooting In Charleston Church [VIDEO]