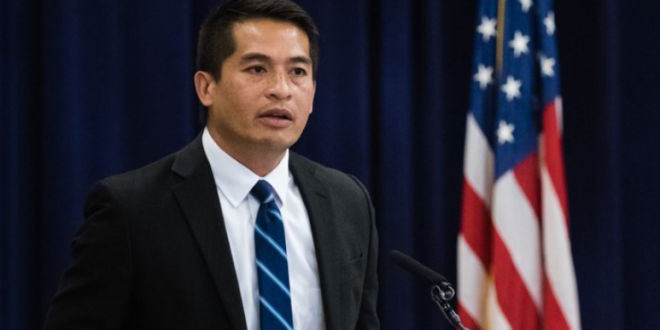 President Donald Trump recently announced another wave of judicial nominees, and among them is an openly gay conservative, Patrick Bumatay.

Trump nominated Bumatay to serve on the U.S. Court of Appeals for the 9th Circuit, based in San Francisco, the nation’s largest federal appeals court. It hears cases from nine Western states and has 29 judges; there are currently six vacancies. Gregory T. Angelo, president of gay conservative group Log Cabin Republicans, applauded Trump’s nomination of Bumatay.

“As someone who has personally known Pat for the better part of a decade, I can tell you I will have great personal satisfaction to see him seated on the bench on the 9th circuit,” Angelo told NBC News. “Patrick is highly qualified, and the fact that he is openly gay only adds to the historic nature of his nomination.”

Bumatay is an assistant United States attorney in the U.S. Attorney’s Office for the Southern District of California and has been part of an effort to tackle organized crime and the opioid epidemic, according to the White House.

Prior to joining the Justice Department, Bumatay clerked for Judge Timothy Tymkovich, a George W. Bush appointee to the 10th U.S. Circuit Court of Appeals.

The nominees were first announced by the White House last week, but it seems that Bumatay’s orientation is only now becoming national news.