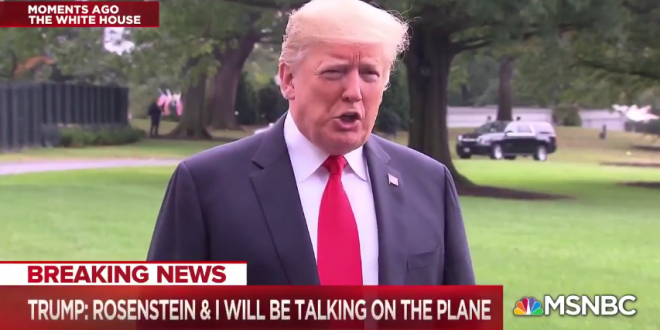 Rosenstein was flying with Trump on Air Force One after widespread speculation just weeks ago that Trump could fire him after a news report that he had questioned Trump’s fitness and wanted to record conversations with him.

President Donald Trump is flying with Deputy Attorney General Rod Rosenstein to Florida for a law enforcement event: “We’ll be talking on the plane. I actually have a good relationship, other than there’s been no collusion folks, no collusion” https://t.co/AfEIFrfeM5 pic.twitter.com/ERE4jhBkgB