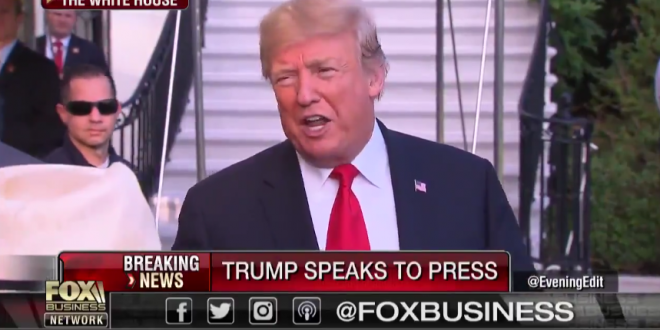 “What’d she say?” Trump said with a smile when he was asked about Swift’s comments on Tennessee politics, walking back toward reporters on the White House’s South Lawn after hearing the pop star’s name shouted at him.

“I’m sure Taylor Swift has nothing — or doesn’t know anything about her (Blackurn),” Trump said. And then he added, with a laugh: “Let’s say that I like Taylor’s music about 25% less now, OK?”

@realDonaldTrump responds to @taylorswift13: “I am sure Taylor Swift doesn’t know anything about her [@MarshaBlackburn]. I like Taylor’s music 25% less now. ” pic.twitter.com/y9GzNyo1o5