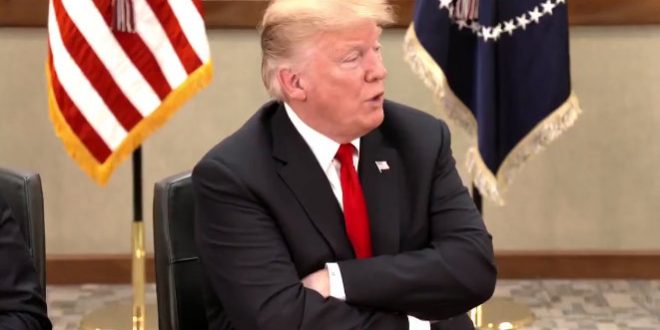 President Trump broke with his own intelligence agencies on Friday, appearing to accept Saudi Arabia’s explanation that the journalist Jamal Khashoggi was killed by accident during a fistfight, while the United States’ spy agencies are increasingly convinced that he was assassinated on high-level orders from the Saudi royal court.

Mr. Trump, who has cultivated Crown Prince Mohammed bin Salman and made Saudi Arabia the linchpin of his Middle East strategy, has been deeply reluctant to point a finger at the prince, despite evidence linking him to Saudi operatives who entered the country’s consulate in Istanbul the same day that Mr. Khashoggi disappeared there.

Asked during a visit to an Air Force base in Arizona whether he viewed the Saudi explanation as credible, Mr. Trump said, “I do.”

Trump said last night that Saudi Arabia’s announcement about the circumstances of Jamal Khashoggi‘s death is “a good first step.” Saudi Arabia is saying that Khashoggi was killed after an altercation of some kind in the consulate, and there has naturally been a lot of questions about that.