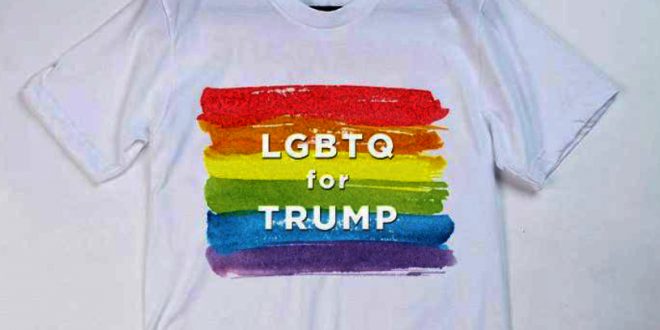 In a bizarre and objectively hypocritical turn of events, Trump’s official website is still selling a pro-LGBTQ T-shirt in its online store. The “Trump Pride Tee” is a basic white crewneck shirt emblazoned with watercolor stripes of the colors of the rainbow, over which the words “LGBTQ for TRUMP” are printed.

“Show your pride and your support for Trump with this exclusive equality tee,” reads the garment’s description on the site.

The shirt is currently marked down from its usual price of $30 to $24 — all of which, as Levinthal pointed out, would go straight to Donald Trump’s 2020 re-election campaign. Basically, purchasing this pro-LGBTQ shirt would provide funds to a deeply anti-LGBTQ administration.

Headline today in @nytimes: “‘Transgender’ could be defined out of existence under Trump administration.”

But hey, you can still buy an “LGBTQ for Trump” t-shirt for $24 on Trump’s official campaign website. pic.twitter.com/l9sJpA99oQ

And yes, the $24 t-shirt payment is considered a contribution to Trump’s 2020 re-election campaign committee.