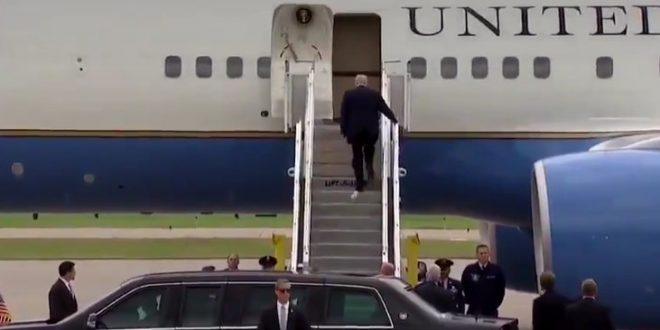 Now, this can happen to even the best of us, but there are still some lingering questions about this particular incident. Perhaps the biggest one is: how did no one tell him about it? That is not just a small piece stuck to a shoe. That’s a solid few sheets he’s walking around with and someone had to have seen it. He’s surrounded by at least a dozen people at all times. Do his aides hate him so much that they wouldn’t tell him about the toilet paper?

This video of President Trump with toilet paper on his shoe is 100% real. He was boarding Air Force One in Minneapolis earlier today. pic.twitter.com/wr0ZnXknCx