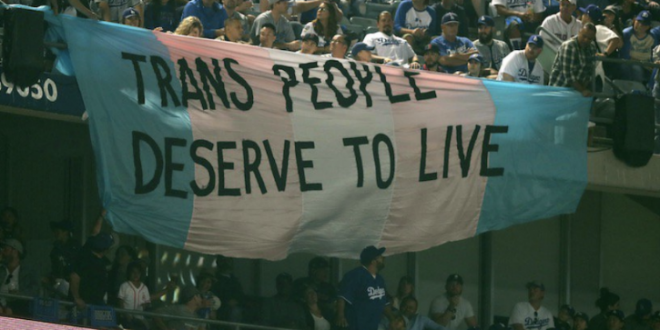 The website Into reports the protest was planned by members of the [email protected] Coalition, a Los Angeles-based activist organization that advocates for the rights of transgender Latinx people. Latinx is a gender-neutral term.

The flag was eventually removed. It was unclear whether it was taken down by the activists who brought it or by stadium security, and FOX’s television broadcast didn’t show either the flag or its removal.

Previous BRAZIL: Far-Right Jair Bolsonaro Elected President
Next PITTSBURGH: Jewish Group Tells Trump He Will Not Be Welcome There Until He Denounces White Nationalism