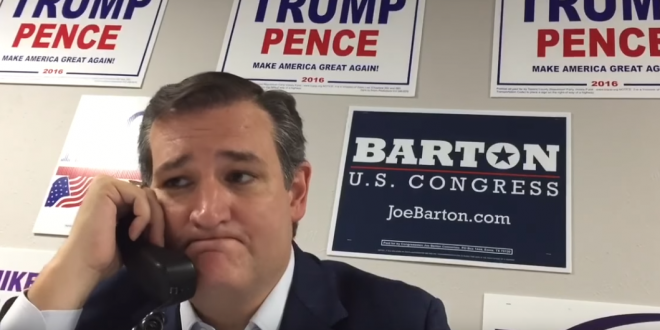 President Donald Trump will star at a rally in Houston on Oct. 22 to help Sen. Ted Cruz, the president’s campaign announced Monday night. The president announced last month that he would hold a “major rally” for Cruz at “the biggest stadium in Texas we can find.”

That turned out to be the 8,000-seat NRG Arena, which isn’t close to the biggest event site even in Houston. Nearby NRG Stadium, home to the NFL Houston Texans, and tops out at around 80,000 people. The Toyota Center, home to the Houston Rockets basketball franchise, seats 18,000.

O’Rourke, stumping in San Antonio ahead of a televised debate with Cruz on Tuesday night, poked at the senator for accepting help from the president. He alluded to Trump insulting Heidi Cruz’s looks during the GOP primaries, and alleging — without a shred of evidence — that Cruz’s father had a role in the John F. Kennedy assassination.

Previous Lindsey Graham Urges Saudis To Depose Leadership, Vows To “Sanction The Hell” Out Of Them [VIDEO]
Next Trump Ridicules “Horseface” Stormy Daniels