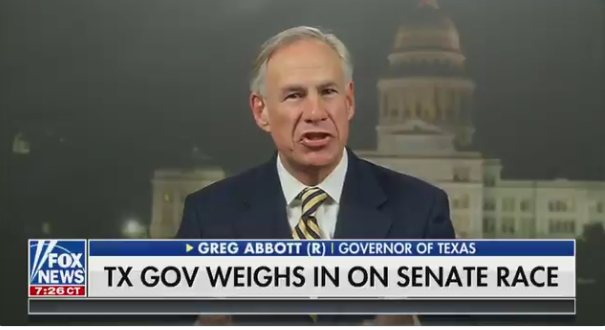 “He’s been a cult-like, very popular figure the way that he’s run the campaign, but you don’t vote on cult, you don’t vote on personality when you get to the U.S. Senate. You vote on the issues,” Abbott said on “Fox & Friends.”

Previous Trump: One Of My Only Good Traits Is I’ve Never Had A Glass Of Alcohol, What A Mess I Would Be [VIDEO]
Next San Diego Paper Endorses Dem, Not Indicted GOP Rep