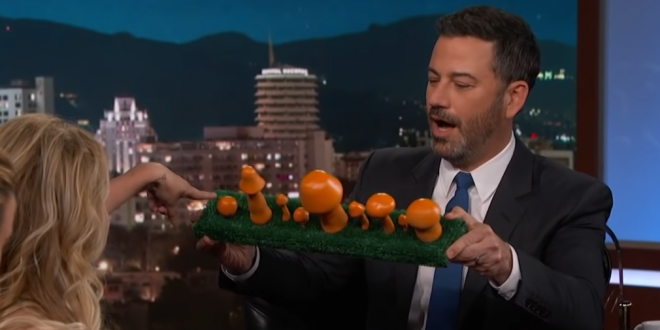 Stormy Daniels had a decidedly less coy appearance on Jimmy Kimmel Live! Tuesday night than previously. Daniels said she met with Trump in a hotel room where he answered the door in silky pajamas. “I’m pretty sure I thought he was channeling Hugh Hefner,” said Daniels. “Significantly less sexy.”

Of the detail that Daniels spanked Trump with a magazine, Kimmel asked “What does he do, when you spank Donald Trump?” to which Daniels responded, “Do you want me to show you?” Kimmel eventually conceded and Daniels used her book to spank him. “I laid there and prayed for death,” Daniels said of her experience with Trump.

“Do you know how much hate mail I’ve gotten from people who love Mario Kart?” —Stormy Daniels on #Kimmel https://t.co/bneE2hKqEM