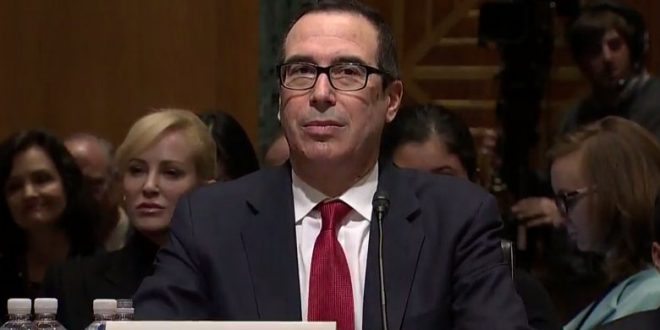 Treasury Secretary Steven Mnuchin has decided to take part in an anti-terror finance meeting with Saudi security officials and their Middle Eastern counterparts in Riyadh later this month, opting to attend despite growing global outrage over the suspected murder of a U.S.-based journalist at the hands of Saudi operatives, according to three people familiar with his travel plans.

The security gathering next week is separate from a Riyadh financial summit that Mnuchin announced on Thursday he would not attend. Numerous other Western officials and corporations have pulled out of the “Davos in the Desert” financial summit because of the disappearance of journalist Jamal Khashoggi, who wrote for The Washington Post.

The conference will be attended by the same Saudi security force that is suspected to have orchestrated the murder.

Previous POLL: Trump Voters Say Men Are More Discriminated Against Than LGBT People, Women, And Minorities
Next Ex-Hillary Aide: The Chance Of 2020 Run Is “Not Zero”