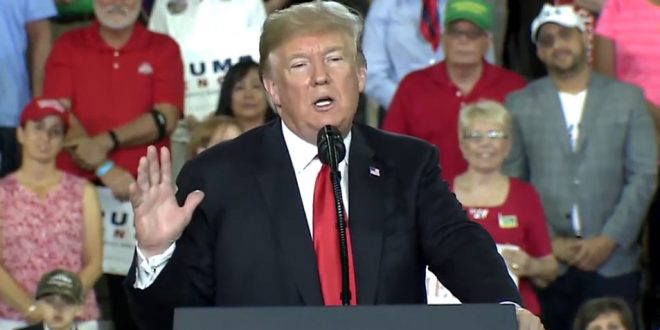 President Donald Trump loves to brag about ratings, but he’s not getting them anymore. As he’s ramped up his rally schedule ahead of the midterms, viewership numbers for the raucous prime-time events have been roughly similar to — sometimes dipping below — Fox News’ regular programming, and the network has recently stopped airing most evening events in full.

One senior White House official was unsure why the network would decide to cut away from presidential rallies, saying officials planned “to look into that” and wouldn’t be surprised if White House communications director Bill Shine, a former Fox News executive, was in touch with former colleagues about the trend.

Previous Massive Storm Damage In Florida’s Panhandle [VIDEO]
Next Avenatti: Junior Will Be Indicted By The End Of 2018