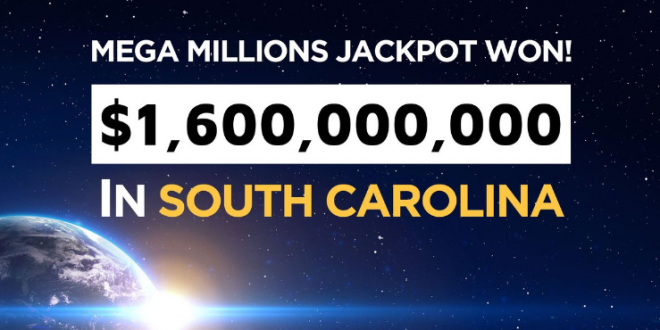 South Carolina Education Lottery spokesperson Holli Armstrong told CBS News officials aren’t releasing the address yet of the outlet that sold the winner — or even the city or county. She cited “security procedures.”

The state is one of eight states where winners can remain anonymous. Other states that also support incognito winners: Delaware, Georgia, Kansas, Maryland, North Dakota, Ohio and Texas.

ICYMI: A single ticket won the #MegaMillions jackpot of $1.6 billion. The winning ticket was sold in South Carolina: https://t.co/NVBUNKUmHt pic.twitter.com/TERDFKhEwS

South Carolina is 1 of 7 states that lets a Mega Millions winner stay anonymous, so it will be the individuals choice whether to go public or not 🗣📢