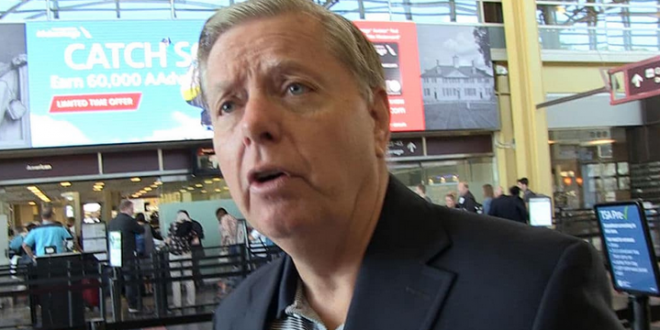 Lindsey Graham is going high in response to Chelsea Handler going low, after she claimed to out him on Twitter. We got the Senator from South Carolina Friday at Reagan National Airport, and asked him about Handler’s #NationalComingOutDay tweet.

Instead of blasting her — as many others have — Graham insisted Chelsea had every right to say whatever she wants. As he put it, it’s a free country. Graham did tell us, “To the extent that it matters, I’m not gay” — but it was definitely a measured response.

The TMZ cameraman continued to question Graham as they walked through the airport, asking if he thinks Handler was equating homosexuality with evil.  “She knows zero about me,” the senator said. “To the extent that this matters, I’m not gay.”

Graham also added that he doesn’t think her comments do any good for the country. “We’re moving on from that. Belittling people isn’t as funny as it used to be,” Graham said. “And that’s a good thing.”

If you’re wondering why Republicans took a sick day today, it’s probably because it’s #NationalComingOutDay. Looking at you @LindseyGrahamSC