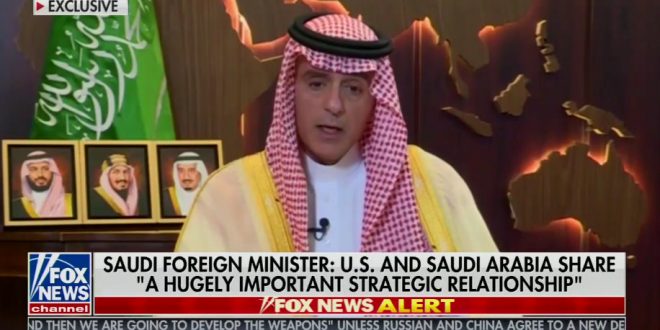 Saudi Arabia’s foreign minister said Sunday that a “tremendous mistake” was made when Washington Post columnist Jamal Khashoggi was killed at the Saudi consulate in Istanbul and pushed back against the idea that Crown Prince Mohammed bin Salman was linked to the journalist’s death.

Adel al-Jubeir told Fox News host Brett Baier that Khashoggi was killed in a “criminal” act committed by individuals operating “outside the scope of their authority.”

“There obviously was a tremendous mistake made and what compounded the mistake was the attempt to try to cover up. That is unacceptable in any government,” he said. He characterized the killing as an “aberration” that did not fit with the behavior of the Saudi regime.

Saudi Foreign Minister Adel al-Jubeir: This was an operation that was a rogue operation. https://t.co/ZNhIXzUPC9 pic.twitter.com/jhaZd1gYba

Adel al-Jubeir is among the most experienced and well-known Saudi officials who has worked in Washington. Making him the U.S. face of the “rogue operation” theory is meant to lend it credibility—namely his. https://t.co/wuNLsbtXFz

The death of Khashoggi was a ‘huge and grave mistake’ and a ‘rogue operation’ that did not involve King Salman or Crown Prince Mohammed bin Salman, according to Saudi Arabia’s foreign minister https://t.co/sQwnPQMPyH pic.twitter.com/GQg9bn3Zj2