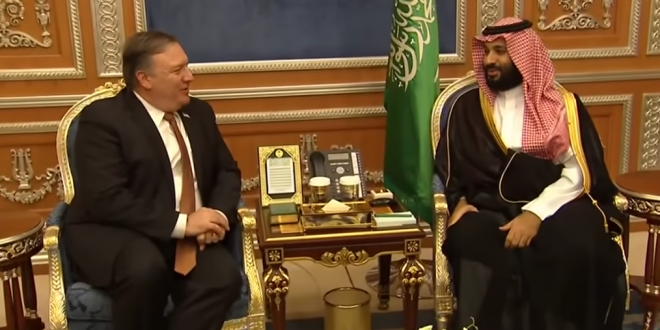 Saudi Arabia And Turkey Dig In Despite Pompeo’s Visit

Mike Pompeo’s visit to the region was supposed to be a face-saver that explained away the disappearance of Jamal Khashoggi, while sparing further blushes in Riyadh, Washington, and Ankara. It did not go to plan. The US secretary of state’s two-day trip has seemingly led Saudi Arabia and Turkey to dig further into positions that are starting to seem irreconcilable.

Crown Prince Mohammed bin Salman has not taken Washington’s bait – a push to blame elements of the Saudi state for Khashoggi’s death, but not the royal court itself. Instead, he has reiterated denials of any state connection to Khashoggi’s death inside the consulate.

Turkey appears to be furious. President Recep Tayyip Erdoğan, who had purportedly reached a weekend understanding with Riyadh, no longer appears bound by talk of “brotherly fraternity” between the two regional rivals.