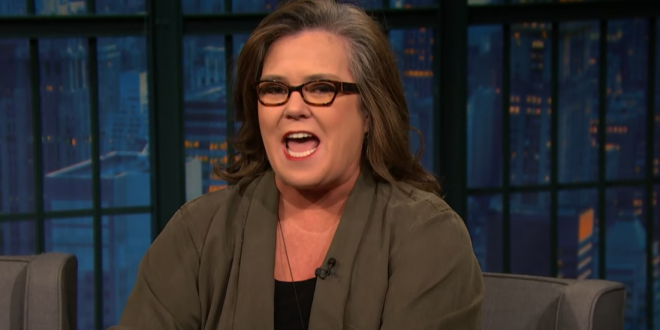 Rosie O’Donnell is engaged. A representative for the 56-year-old star confirmed to The Hollywood Reporter the news of her engagement to police officer and girlfriend of a year, Elizabeth Rooney.

The former View co-host revealed that a wedding date has not been set and may not be anytime in the near future, saying “this is a long time in the future. We both decided that that would be best.”

O’Donnell has been married twice before: to Michelle Rounds from 2012-2015, who died of an apparent suicide in September 2017; and Kelli Carpenter, whose marriage to the actress was annulled in 2004. O’Donnell shares four children with ex-wife Carpenter and one child with Rounds.

Previous Even For The World’s Most Famous Liar, Trump’s Latest Round Of Ridiculous Lies Are Astounding [VIDEO]
Next Leaked DOJ Memo Advises Thwarting Public Requests For Records On Changes To Endangered Species Act