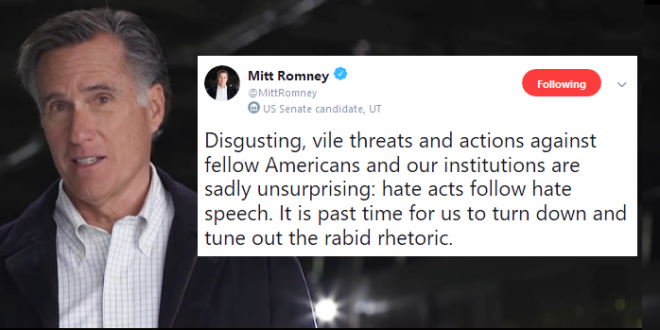 Romney has periodically criticized Trump’s rhetoric as he campaigns to replace retiring Sen. Orrin Hatch (R-Utah). The former Massachusetts governor was once an ardent critic of Trump during the 2016 presidential campaign, calling him a “phony.”

He has since said that he agrees with many of the president’s policies, and will speak out on issues of “substantial significance.”

Disgusting, vile threats and actions against fellow Americans and our institutions are sadly unsurprising: hate acts follow hate speech. It is past time for us to turn down and tune out the rabid rhetoric.