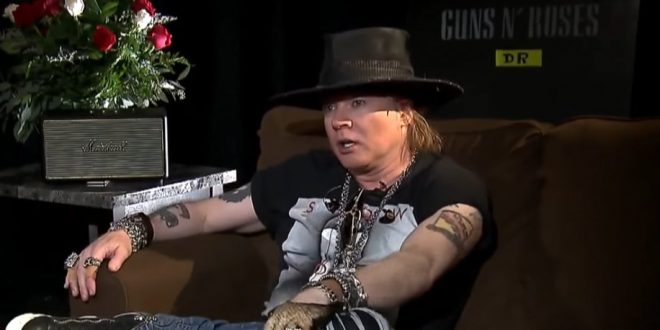 Millions of copies of Welcome To The Jungle will soon be burned in a red state near you:

Axl Rose continued his recent spate of political tweets when he called on his 1.2 million followers to “Vote Blue … Bitches!” in the midterm elections on Nov. 6.

He posted a picture of a vote-by-mail envelope along with his Democrat-endorsing message ahead of the polling day, in which all 435 seats in the House of Representatives, along with 35 seats in the Senate and the governorships of 36 states will be contested.

Rose has frequently criticized Donald Trump’s Republican administration, which would be pressed into more compromises with Democrats if the balance of power should change as a result of the election.

The WH is the current US gold standard of what can be considered disgraceful.

Previous Andrew Gillum: Trump Is “Howling Because He’s Weak”
Next TEXAS: Cruz Lead Shrinks To +5 With One Week To Go