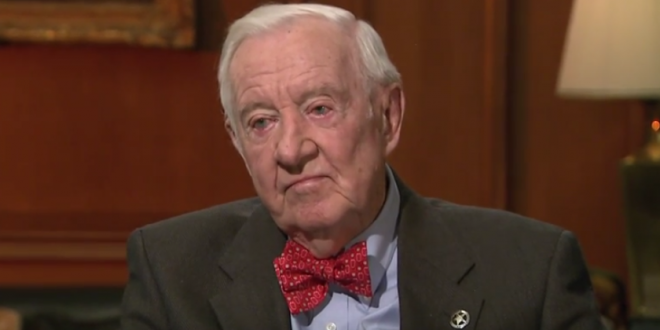 Retired U.S. Supreme Court Justice John Paul Stevens on Thursday said that high court nominee Judge Brett M. Kavanaugh, who Stevens once lauded in one of his books, does not belong on the Supreme Court. Speaking to a crowd of retirees in Boca Raton, Stevens, 98, said Kavanaugh’s performance during a recent Senate confirmation hearing suggested that he lacks the temperament for the job.

Stevens, a lifelong Republican who is known for falling on the liberal side of several judicial rulings, praised Kavanaugh and one of his rulings on a political contribution case in the 2014 book “Six Amendments: How and Why We Should Change the Constitution.”

“At that time, I thought (Kavanaugh) had the qualifications for the Supreme Court should he be selected,” Stevens said. “I’ve changed my views for reasons that have no relationship to his intellectual ability … I feel his performance in the hearings ultimately changed my mind.”

Earlier this year Stevens penned a New York Times op-ed calling for the repeal of the Second Amendment.

Appointed by President Gerald Ford, Stevens retired from the Court in 2010 after serving for nearly 35 years. He was succeeded by Obama appointee Elena Kagan.