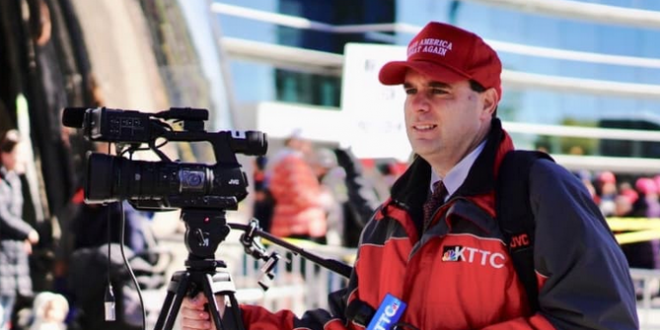 A reporter for an NBC affiliate in Minnesota was fired Friday, one day after he was spotted wearing a “Make America Great Again” hat while covering a Trump rally for the local TV station.

Jim Bunner, a multimedia journalist with KTTC, was covering the political rally Thursday in Rochester, Minnesota, where he was spotted outside the Mayo Civic Center wearing a jacket with the station’s logo and a matching red MAGA hat.

“He violated our policy so he’s no longer with us,” Noel Sederstrom, news director for KTTC, told BuzzFeed News. “We don’t allow our people to wear campaign clothing while on assignment.”

Buzzfeed notes that such rules are standard practice for the news industry, but Trump cultists are screaming with outrage on social media. Because of course.

On Trump’s inauguration day, Bunner reportedly posted a video of himself dancing with joy in his station’s studio.