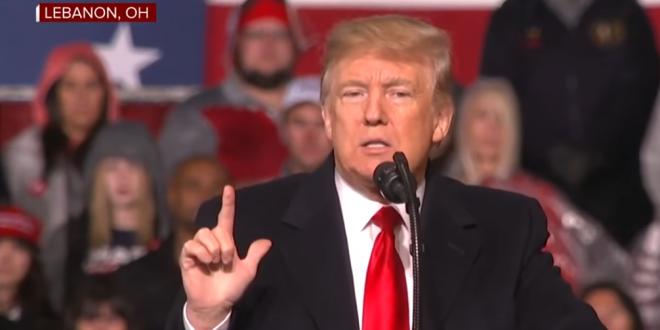 Donald Trump caught various West Wing officials off-guard on Tuesday when he decided to describe the woman alleging that they’d had an affair as having a “horseface.” But privately, the president not only thought that it was strategically smart to go after the adult film star Stormy Daniels in such a visceral way; he workshopped the insult prior to tweeting it.

The president often tosses around ideas for snide new nicknames in smack-talk sessions with associates, if only to gauge their reactions.

“Federal Judge throws out Stormy Danials lawsuit versus Trump. Trump is entitled to full legal fees.” @FoxNews Great, now I can go after Horseface and her 3rd rate lawyer in the Great State of Texas. She will confirm the letter she signed! She knows nothing about me, a total con!

Ladies and Gentlemen, may I present your president. In addition to his…umm…shortcomings, he has demonstrated his incompetence, hatred of women and lack of self control on Twitter AGAIN! And perhaps a penchant for bestiality. Game on, Tiny. https://t.co/6DpDD5ELtj