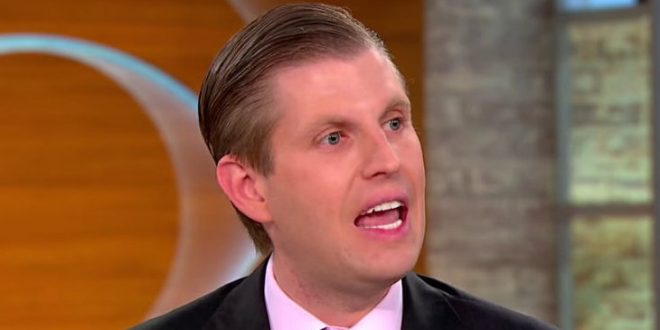 President Trump personally directed an effort in February to stop Stormy Daniels from publicly describing an alleged sexual encounter with Mr. Trump, people familiar with the events say. In a phone call, Mr. Trump instructed his then-lawyer Michael Cohen to seek a restraining order against the former adult-film actress, whose real name is Stephanie Clifford, through a confidential arbitration proceeding, one of the people said.

Messrs. Trump and Cohen had learned shortly before that Ms. Clifford was considering giving a media interview about her alleged relationship with Mr. Trump, despite having signed an October 2016 nondisclosure agreement. Mr. Trump told Mr. Cohen to coordinate the legal response with Eric Trump, one of the president’s sons, and another outside lawyer who had represented Mr. Trump and the Trump Organization in other matters, the people said.

Direct involvement of the president and his son in the effort to silence Ms. Clifford hasn’t previously been reported. The accounts of that effort recently provided to The Wall Street Journal suggest that the president’s ties to his company continued into this year and contradict public statements made at the time by the Trump Organization, the White House and Mr. Cohen.

Hit the link for much more. No paywall on this story.

The direct involvement of Trump and Eric Trump, who was also involved, hasn’t previously been reported. https://t.co/EOOrjKNQdz

This reporting brings Eric Trump and the Trump Organization into efforts to silence Stormy Daniels. https://t.co/ELTehdOSkh

Wall Street Journal: Trump personally directed an effort in February with Michael Cohen and Eric Trump to silence Stormy Daniels, contradicting previous denials from the White House and Trump Organization, and revealing Trump still has ties to his company. https://t.co/PPNP2ASHk7

The way I understand this is that Eric Trump was deputized as a way for the president to have a hand in something he cared about controlling without leaving fingerprints all over it https://t.co/p9pSsYN4sO

Donald told Cohen to coordinate the response with Eric Trump. Eric, who is running the Trump org with his brother Jr., then tasked a Trump Organization staff attorney in California with signing off on the arbitration paperwork. @PressSec then lied about it all in the White House.