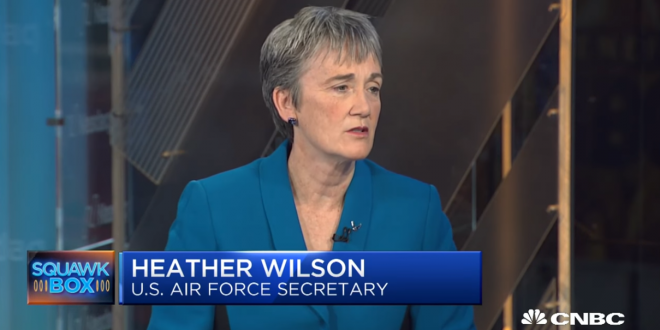 President Donald Trump is peeved with Air Force Secretary Heather Wilson over her handling of his directive to stand up a separate Space Force in the U.S. military, and he’s considering ousting her after the midterm elections, three sources with knowledge of the matter told Foreign Policy.

Wilson, a former Republican congresswoman from New Mexico, recently angered Trump as well as Deputy Defense Secretary Patrick Shanahan, Defense Secretary James Mattis’s second in command, with what is seen as a campaign to undermine the Space Force effort, the sources said. Trump is weighing firing Wilson after the midterm elections next month, but no final decision has been made, according to one administration official.

However, the source with knowledge of the situation said the administration is already exploring options to replace her. One name that has been floated is Rep. Mike Rogers, an Alabama Republican, who has been a strong advocate of establishing a separate military entity to oversee space for years.

Some prominent former Air Force figures have taken the Space Force plan as Trump’s vote of no confidence in the branch’s ability to handle the militarization of space.