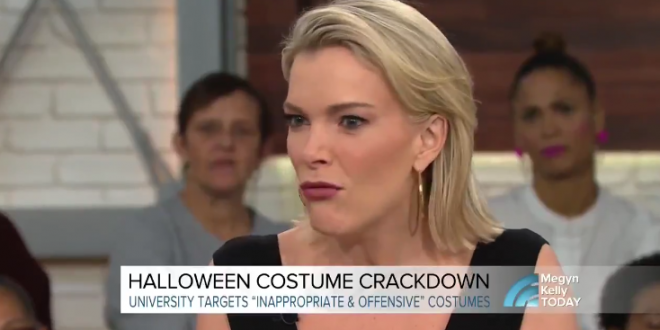 REPORT: Megyn Kelly Out At NBC With $69M Payday

Multiple sources have confirmed to DailyMail.com that Megyn Kelly is out at NBC. This move comes just 48 hours after the embattled host made remarks in which she defended blackface on Today.

Kelly tried to deal with the scandal by delivering a tearful apology on-air and welcoming two black panelists to discuss the fraught and horrifying history of the practice, but it did no good. “Megyn Kelly is done. She is not ever coming back,” said an NBC executive with knowledge of the situation.

The source then added: ‘Here’s the worst part – her deal is a non-break deal – so she walks away with all that money. It’s disgusting and heads should roll here because of it.”

though I’d obviously rather Megyn Kelly have less money versus more, $69 million feels like an appropriate tax for hiring such a heinous person in the first place https://t.co/XDusOPDi3J

Previous Omarosa: Trump’s Lying About Not Using An iPhone
Next Christian TV Host: Democrats Will Slaughter Tens Of Thousands Of Christians, Burn Churches If They Win