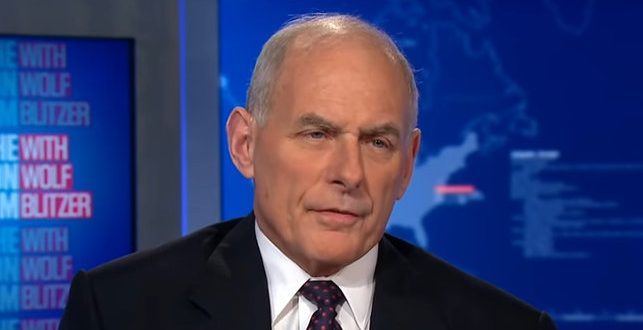 REPORT: John Kelly And John Bolton Just Got Into A “Profanity-Laced” Shouting Match Outside Oval Office

A heated argument in the West Wing between chief of staff John Kelly and national security adviser John Bolton over a recent surge in border crossings turned into a shouting match Thursday, two sources familiar with the argument told CNN.

The exchange lay bare a bitter disagreement that has existed between two of President Donald Trump’s top aides for weeks now. Trump, who was incensed about the rising levels of migrants and threatened to shut down the southern border on Twitter earlier that morning, took Bolton’s side during the argument.

While arguing is frequent in this divided West Wing, a source familiar with the clash equated it with a falling out. The White House declined to comment on the argument. Bolton continued on with scheduled meetings throughout the afternoon.

Scoop: John Kelly and John Bolton engaged in a profanity-laced argument outside the Oval Office today, I’m told. The shouting match was so intense others worried one of the two men might immediately resign. Neither is resigning, I’m told.