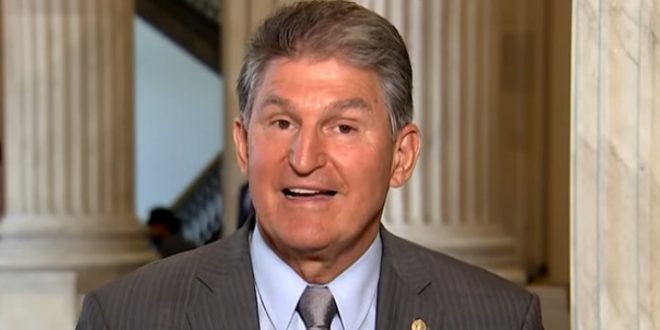 West Virginia Sen. Joe Manchin waited until Susan Collins finished her diatribe to tweet that he too will vote “yes” in tomorrow’s final confirmation vote. That means a very likely 51-49 final vote. It’s over, folks.

Sen. Joe Manchin split with his party Friday, vowing to support Brett Kavanaugh’s nomination to the Supreme Court. The stunning break with his fellow Senate Democrats comes after weeks of indecision by Manchin. Hours after reviewing an FBI report on sexual assault allegations against Kavnaugh, Manchin voted to advance the nomination. But Manchin remained mum on his final decision until he knew where all of his colleagues stood. The Senate is expected to hold it’s final vote on Kavanaugh’s nomination on Saturday.

Kavanaugh’s confirmation transforms SCOTUS, creating the most conservative majority ever, which — absent surprise health issues — will last decades. The left, opposing the majority and objecting to him personally, will likely begin an indefinite assault on the Court & Kavanaugh.

Previous BREAKING: Collins Will Vote To Confirm Kavanaugh
Next Palin To Murkowski: I Can See 2022 From My House