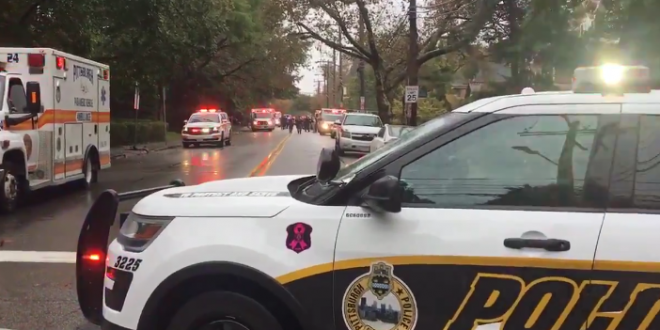 Eight people were killed after a man opened fire on a Pittsburgh synagogue on Saturday, CBS News reported on Saturday. KDKA has reported that police was able to extract several people from the basement of the synagogue as well as from the attic. It remains unclear if there are further casualties inside.

Eyewitness reports say the shooter is a white male who was heavily armed. Police has closed off the street where the synagogue is situated, and multiple rescue forces are at the scene. According to KDKA, police sources said the man entered the synagogue and yelled “All Jews must die.”