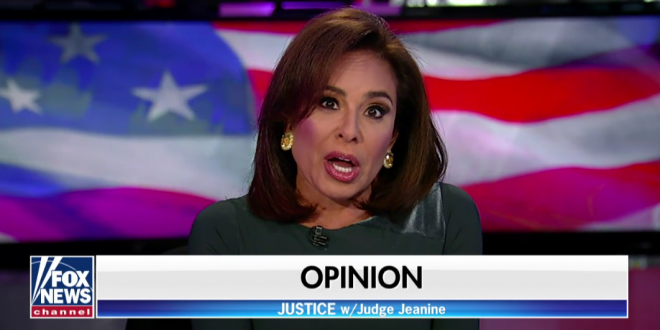 Pirro: The “Demonrats” Are All Stupid Sore Losers

“American momentum is now around winning. The winning that outsider candidate Donald Trump promised us. Not the anarchy Democrats, aka demon rats want to impose on us. The tactics of these demon rats and Trump- hating leftists are backfiring. Americans are now buying into and choosing results over the politically correct losing behavior of other presidents.

“The stock market has hit historic highs 80 times, 81,000 illegal aliens have been deported by ICE, 15 hostages have been brought home from countries like North Korea, Iran, Venezuela and of course just today, Pastor Andrew Brunson from Turkey. So to all those Trump-hating demon rats and the mainstream media, keep up the antics. You are all losers. Sore losers. Stupid losers, too dumb to even know that you are losing.” – Jeanine Pirro, on last night’s show.