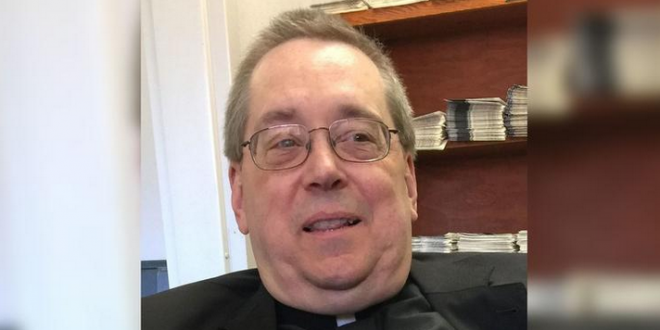 A former Catholic priest accused of sexually abusing two boys and having one confess afterward, pleaded guilty to corruption of minors and endangering the welfare of children. Rev. David Lee Poulson pleaded guilty to the third-degree felonies during his court hearing on Wednesday. Poulson, 65, of Oil City, was arrested in May.

Prosecutors have alleged that Poulson, who was most recently with the Erie Diocese, abused an altar boy in church rectories in Clarion and Crawford counties more than 20 times. He resigned from the diocese earlier this year, after a military chaplain in Texas reported that a 23-year-old had alleged he was abused by Poulson starting at age 8, prosecutors said.

The Rev. David Poulson, who was identified in a recent grand jury report as one of 301 “predator priests” who preyed on more than a thousand boys and girls, now faces a maximum of 14 years in prison when he is sentenced. No date has been set, but Poulson will have to register as a sex offender for at least a decade.

“Poulson assaulted one of his victims repeatedly in church rectories,” Pennsylvania Attorney General Josh Shapiro said Wednesday at a news conference in Harrisburg. “He made that victim go to confession and confess the abuse — to Poulson. This was the ultimate betrayal and manipulation by Poulson. He used the tools of the priesthood to further his abuse.”