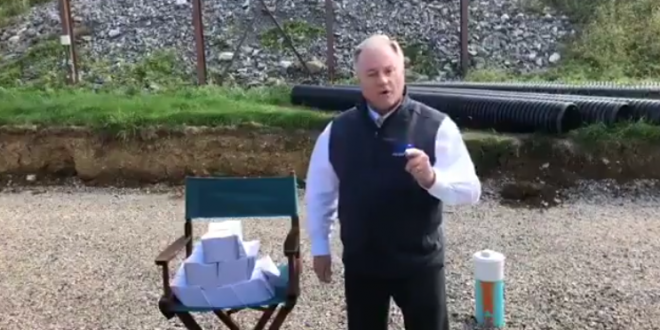 In a bizarre turn, Republican governor candidate Scott Wagner threatened to “stomp all over” Gov. Tom Wolf’s “face with golf spikes” as his temper boiled over about attack commercials posted by the Democratic incumbent campaign. Wagner, of York County, made his remarks in a video posted to his campaign’s official Facebook page on Friday. By midday, the video had been viewed more than 4,000 times and became a subject of intense discussion on Twitter.

Full video of GOP candidate Scott Wagner threatening Gov. Tom Wolf: “You better put a catcher’s mask on your face because I’m going to stomp all over your face with golf spikes.” pic.twitter.com/Whh6TdsOXz

Democrat: We need to fight to win!

GOP Pundits: SHAME ON YOU.