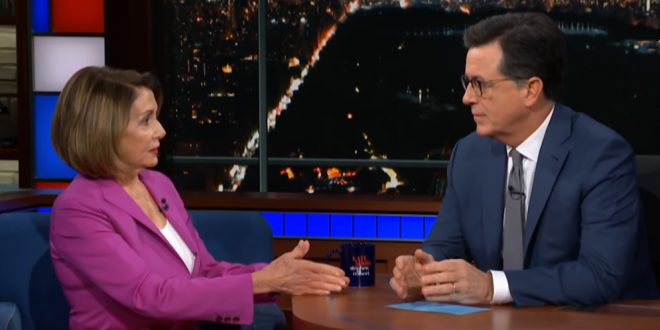 Pelosi to Colbert: Dems Will Win The House [VIDEO]

Colbert, however, was freaked out by Pelosi’s confidence. “Please don’t say that,” he told Pelosi. “Do you want to say that on Hillary’s fireworks barge that she canceled?”

On #LSSC tonight: Leader @NancyPelosi responds to Donald Trump’s threat to end birthright citizenship: “this is just more of the same.” pic.twitter.com/maNClK8kQU