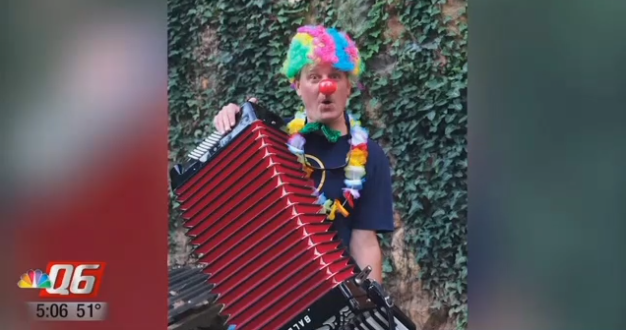 A Charlottesville, Virginia man is hoping to get some revenge on a Sandpoint man who he says has been making racist robocalls across the country. But, the payback may not be what you expect. Justin Beights says the idea was spurred after the “Unite The Right” rally that happened in his hometown of Charlottesville. Then came the robocalls. Beights believes the calls are coming from a man named Scott Rhodes, who lives in Sandpoint.

Beights says he’s applied for a local permit for accordion-playing clowns to perform Carly Rae Jepson’s “Call Me Maybe” outside the robocaller’s home.

Previous Hillary Clinton: You Can’t Be Civil With This GOP, We Can Be Civil Again After We Retake Congress [VIDEO]
Next Anthony Weiner Earns Early Release For Good Conduct