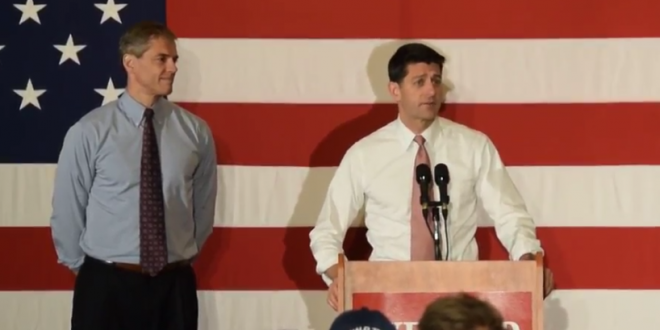 House Speaker Paul Ryan pointed to a “green wave” of money that Democrats have infused into the midterm elections, telling a crowd of Republican supporters on Wednesday that “this is our challenge.”

“We really don’t see a blue wave,” he said. “We see a green wave of money and this is our challenge. We see liberals on the coasts trying to buy a new Congress, Michael Bloomberg wrote a $100 million check, himself.”

Previous PENNSYLVANIA: Priest Named In Massive Probe Pleads Guilty To Sexual Abuse, Later Made Victim “Confess”
Next Eric Trump: We Have Zero Investments In Russia, Zero In Saudi Arabia, Nothing To Do With Either Country