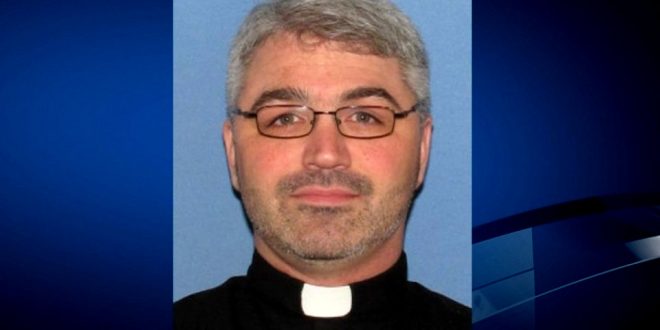 An Ohio priest is facing charges after his diocese said he admitted to having a relationship with a now-pregnant 17-year-old girl. Father Henry Christopher Foxhoven, 45, was the pastor at Holy Cross and St. Mary of the Hill parishes in the Diocese of Steubenville.

According to the Athens County prosecutor, the teen was an altar girl at Holy Cross in Glouster. Both Foxhoven and the girl told her parents that she was pregnant. Foxhoven is charged with eight counts of sexual battery. WBSN-10TV reports the prosecutor said their relationship lasted three years.

The Diocese in Steubenville reported the allegations to the Athens County Sheriff’s Office when they became aware of them on Oct. 27. The diocese immediately suspended Foxhoven from practicing all religious services and barred him from church property.