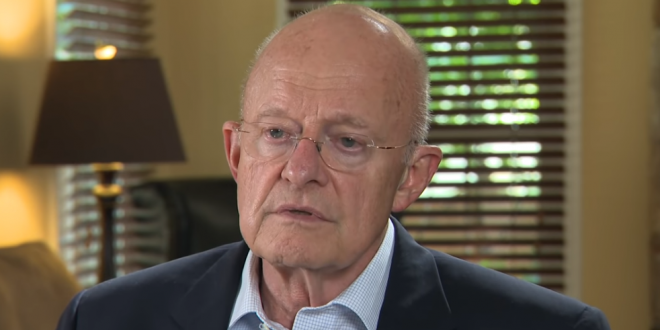 Another suspicious package is being investigated by the New York police department after a postal inspector spotted it at a sorting facility in Hell’s Kitchen, according to CNN reporting.

The package is reportedly addressed to former Director of National Intelligence James Clapper through care of CNN, where Clapper is a contributor.

Now @ShimonPro is reporting that a 12th suspicious package has been discovered in New York, this time addressed to James Clapper. @CNN

A suspicious package addressed to Sen. Cory Booker was found in Florida. And police are investigating one similar to the others at a NYC post office. Follow live updates: https://t.co/gid3IxaIP3 pic.twitter.com/O6luv6rbAP