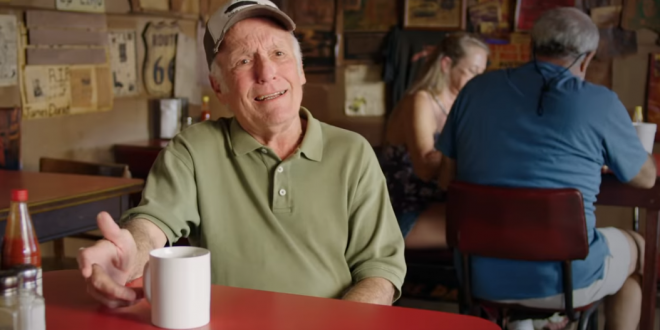 Director Richard Linklater’s burger attack on Sen. Ted Cruz (R-Texas) is one juicy diss. In another political ad from the “Fire Ted Cruz” PAC, an older man has a beef with the incumbent calling Democratic challenger Beto O’Rourke a “Triple Meat Whataburger liberal who is out of touch with Texas values.”

Whataburger, a chain founded in Texas, has played a prominent role in the Texas senate race between Cruz and O’Rourke, who even ate at a Dallas Whataburger after their debate in September. But the ad posted Monday steps up the fast-food feud.

The ad includes a clip of Cruz professing his love for the “little White Castle burgers” after which the actor says, “There’s not a White Castle within 900 miles of Texas, Ted. Maybe up in Canada, huh? But not in Texas.” Fire Ted Cruz PAC is not affiliated with the O’Rourke campaign.

Previous 49% Of College Students Say They’ll “Definitely” Vote
Next Trump: I Have “No Financial Interests” In Saudi Arabia