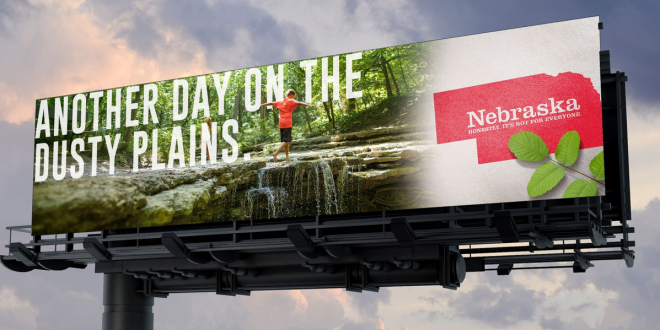 Nebraska Tourism Pitch: “There’s Nothing To Do Here”

Nebraska’s new tourism marketing campaign concedes that the state is a bit boring, yet it hopes to lure travelers by highlighting that you can escape noisy cities and create your own fun. “Nebraska Nice” is out. “Honestly, it’s not for everyone” is the new tagline in ads.

The new ad pitch, which leans on self-deprecating humor, was developed by a Colorado-based advertising agency, Vladimir Jones, after testing with out-of-staters likely to visit Nebraska.

“Lucky for you, there’s nothing to do here,” is the headline on one print advertisement that displays a smiling band of partygoers, floating down a Sand Hills stream in livestock tanks in the Nebraska-invented sport of “tanking.”