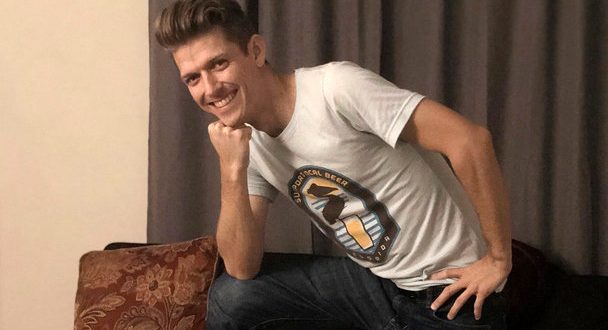 Pieter Hanson, whose mother’s “MY son” tweet went viral and prompted an onslaught of memes over the weekend, says he was disoriented and mortified when he found out that he’d become the poster boy of the #HimToo movement online.

“It doesn’t represent me at all,” Hanson said. “I love my mom to death, but boy. … I’m still trying to wrap my head around all this.” Hanson’s mother claimed in a tweet, featuring a photo of her son in his Navy uniform, that Hanson was afraid to go on solo dates “due to the current climate of false sexual accusations.”

Hanson and his brother, Jon, said they could only speculate why their mother would write the post, saying she had a tendency to write gushing social media posts about her sons and sometimes could make “loose cannon” statements, but not like this.

Hanson said he was too heated to speak with her directly about it Monday evening, instead asking his grandmother and younger brother to communicate his wishes that she remove the tweet. She removed her full account.

Within a matter of hours of the tweet going viral, Hanson said, his life “became a whirlwind.” #HimToo started trending as hundreds started mocking his mom’s message, creating their own “This is MY son” posts.

That was my Mom. Sometimes the people we love do things that hurt us without realizing it. Let’s turn this around. I respect and #BelieveWomen . I never have and never will support #HimToo . I’m a proud Navy vet, Cat Dad and Ally. Also, Twitter, your meme game is on point. pic.twitter.com/yZFkEjyB6L

This is my son. He’s a large adult holding an enormous gun. Sometimes he kills elephants for fun. Is he even divorced yet? He thinks he’s the future of the Republican Party. He once dmed with Julian Assange. #HimToo pic.twitter.com/7Lt3EyDyI4

This is MY son. He graduated #1 from the University of Flavortown. He was awarded three banging fajita poppers. He was #1 in flamin’ hot crunch. He won’t go on solo dates due to the current climate of false accusations of taking the last slice of pizza. I VOTE. #HimToo pic.twitter.com/4DY151a2W7

This is My son. He graduated #1 in his class at Nazareth High. He is a gentleman who loves women and respects virgins like his mother. He is afraid to go on solo dates with women because he is afraid they will lie and say he made them wash his feet.
That, plus he’s gay.#HimToo pic.twitter.com/sMR88fggAQ

If you are seeing the #himtoo hashtag and are utterly confused as to why so many people are posting photos of men who are clearly NOT their sons with the same text copy/pasted, this is what started it.

Previous New Ad Eviscerates Ted Cruz: If Somebody Called My Wife A Dog, I Wouldn’t Be Kissing Their Ass [VIDEO]
Next Google Withdraws From Pentagon Cloud Bid Over Concerns It Could Be Used To Violate Human Rights